EDGES – or Environment and Development: Gender Equity and Sustainability –  is a research collaborative based out of the University of British Columbia and led by Dr. Leila Harris. Members of the group include Masters and PhD students, mostly from the Institute for Resources, Environment and Sustainability, but also from the Institute for Gender, Race, […]

EDGES – or Environment and Development: Gender Equity and Sustainability –  is a research collaborative based out of the University of British Columbia and led by Dr. Leila Harris. Members of the group include Masters and PhD students, mostly from the Institute for Resources, Environment and Sustainability, but also from the Institute for Gender, Race, Sexuality and Social Justice, as well as post-docs and visiting scholars who work on relevant topics. EDGES work is predominantly concerned with research on marginalized and vulnerable populations (women, the impoverished, etc.) and seeks to deepen knowledge and advance action on a wide range of coupled social and environmental issues. EDGES members are currently working on a number of projects, one of which is the EDGES Comparative Water Governance in urban sites of Africa Research Project (CWGAR). The project encompasses a number of multi-year studies that focus on research at the intersection of water access/governance and citizenship in urban contexts, most notably in Cape Town, South Africa and Accra, Ghana. The project is also interested in the differentiated effects of neoliberal policies and market instruments on the lived experiences of water access and participation in water governance in these locales.

Among the objectives of this project are:

1)To analyze the effects and experiences of shifts in contemporary water governance among relatively impoverished and underserved communities in Accra, Ghana and Cape Town, South Africa

2) To analyze relationships between water use, access, governance, and citizenship

4) To contribute to policy debates regarding possibilities for extending water access and promoting participatory governance, particularly in underserved areas. We also aim to work with partners in each context to promote research capacity and to disseminate knowledge.

As part of the CWGAR project, a 499 household survey was conducted in Cape Town, South Africa, and Accra, Ghana (~250 households in each site), completed in January 2012. The survey data is used to identify major points of interest for a deeper qualitative investigation and also to provide context and background for the qualitative work. Among the deliverables of the survey are a policy brief on water access in Ghana, a publication in Ecology and Society, and several more manuscripts in progress.

Between 2011 and 2013, four Master’s students completed fieldwork in Cape Town, South Africa (Lucy Rodina) and Accra, Ghana (Cynthia Morinville, Megan Peloso and Elizabeth Dapaah). Their 4 Master’s theses each shed light on key dimensions of the lived experiences of water access and governance in the context of marginalized and semi-informal urban spaces. One of the key themes that emerged from the work in Ghana and South Africa relates to the role of informality in water access. In a piece published in Water Alternatives, Peloso and Morinville argue that although it is often the case that informal water services pose challenges to users, they have important implications for shaping water realities on the ground. Specifically, in the peri-urban context they study, “respondents make use of informal water services to supplement or ‘patch up’ gaps left by the sporadic water flow of the official service provider. This analysis contributes to understandings of heterogeneity in water access by attending to the everyday practices by which informality is operationalised to meet the needs of the urban poor, in ways that may have previously been overshadowed”.

Elizabeth Dapaah’s work involves a comparative study on water governance, delivery and access among indigenous and migrant low-income communities in the Greater Accra Metropolitan Area. Her work looks at how impoverished migrant and indigenous communities negotiate access to water and the role of informal networks and institutions in this regard. She concludes that “it is important to understand the factors that constrain or enhance people’s access to water within specific neighborhoods since it can inform intervention options to improving access. For some communities, while cost may remain a barrier to access, for others, conflicts, time and distance to access water may remain the main dimensions of vulnerability. In addition, knowing the socio-cultural make up of a community can be very important in exploring different governance pathways for improving water access.”

Work by Lucy Rodina in Cape Town, South Africa looks at the tensions that arise from the housing formalization process in urban impoverished townships (specifically Khayelitsha) and their implications for reshaping the divide between formal and informal spaces. (In)formality, she finds, is experienced through differentiation in both water service delivery and sense of citizenship. One of Lucy Rodina’s thesis chapters (currently available as a working paper) investigates the lived realities of the implementation of the human right to water in South Africa, by looking at the effects of service delivery processes and politics on actual water access in Khayelitsha. She concludes that the human right to water is too narrowly defined, which can result in continued challenges in water access as well as accentuated inequality among residents of formal and informal spaces. The role of the state –as a governing body, but also as imagined and experienced – is another key theme in this research. The CWGAR project highlights key differences in how the state is imagined in Ghana and in South Africa. Several papers currently in process further investigate the evolving state-society relations linked to water access and governance in both contexts.

During the most recent stage of the project, Dr Crystal Tremblay, postdoctoral researcher, visited Cape Town in November and December 2014. The major focus of Crystal’s work is to involve local communities in a participatory video project, with focus on water and sanitation related issues. She did some initial work with the Iliso Care society in Khayelitsha in November and is planning a trip to Accra (March 2015). More details on Crystal’s background and project are available HERE. During the initial stages of the participatory video project in Khayelitsha, water and sanitation were among a range of themes highlighted by youth involved with the project. Participants used drawing techniques (in small groups of 2) to creatively explore and uncover important issues and stories to delve into as part of the video project. Keep an eye on the EDGES website for more information on the community-produced videos. In the meantime, a short video is available that explores these issues.

Future steps in this project include a follow-up on the community video work in 2015 with planned focus groups with policy makers, as well as two new PhD projects conducted by Lucy Rodina and Scott McKenzie. Lucy’s doctoral work will look at the intersection of water governance and climate change in Cape Town using a social-ecological systems approach. More specifically, she will seek a deeper understanding of the ways in which climate change affects both water resources and existing governance frameworks. Lucy is also interested in investigating critical approaches to resilience concepts, and in evaluating the ways in which resilience thinking can be meaningfully applied to urban water governance under climate change. Scott McKenzie’s project will investigate the triangulated relationship between citizenship, state provision of water, and space in under-served areas of Accra, Ghana and Cape Town, South Africa. Scott is interested in two primary research questions. First, how does water provision, access, and affordability affect notions of constructed and everyday citizenship for relatively impoverished residents living in Accra and Cape Town? Second, how do citizens in these locales engage their civic rights, or discourses of rights, to influence state practices and water provision?

More details on all of these projects are available on our website: edges.ubc.ca. Announcements of related news and new publications can be found on Twitter (@EDGES_ubc). 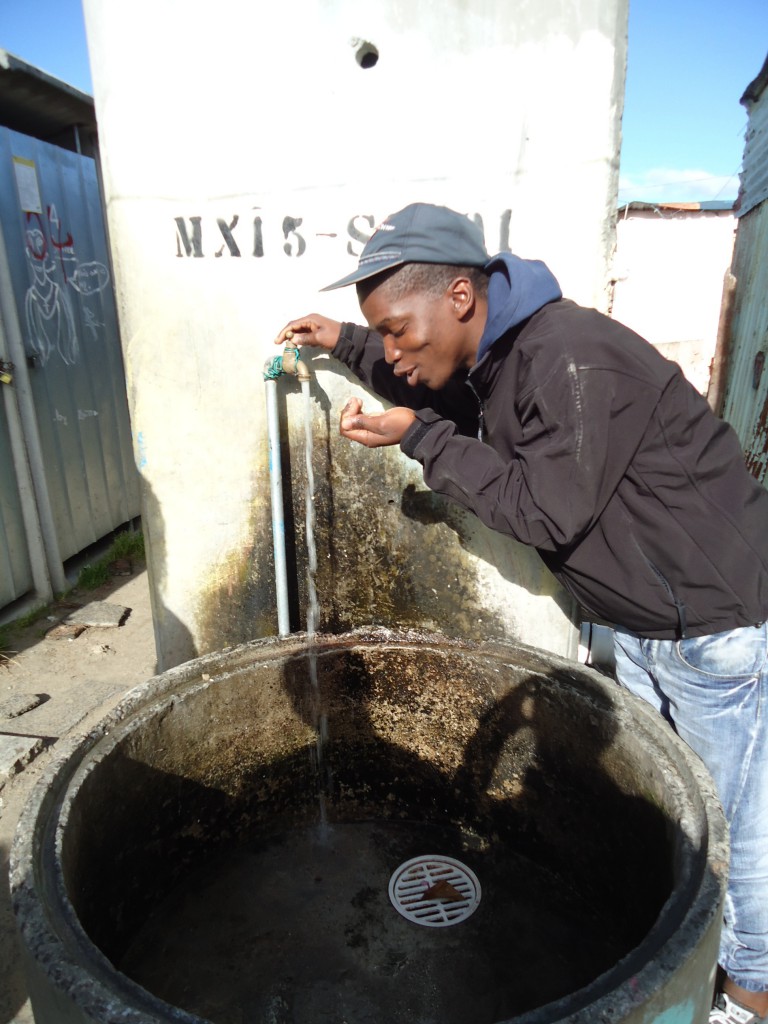