A couple of weeks back STOMPIE was screened on 25 Feb 2016 as a work-in-progress on how to weave together experiences of hiphop pedagogy with popular theatre. This was a ‘South-North’ collaboration around crafting stories from marginalised areas. Next steps being discussed among the STOMPIE Crew is a ‘Garage Tour’ to find STOMPIE Supporters, followed by a tour of High Schools in […]

A couple of weeks back STOMPIE was screened on 25 Feb 2016 as a work-in-progress on how to weave together experiences of hiphop pedagogy with popular theatre. This was a ‘South-North’ collaboration around crafting stories from marginalised areas. Next steps being discussed among the STOMPIE Crew is a ‘Garage Tour’ to find STOMPIE Supporters, followed by a tour of High Schools in Grassy Park. Here is a short background to the project that involves The Heal the Hood Project, Mixed Mense Collective of artists, Teater Reflex, and the African Centre for Cities. 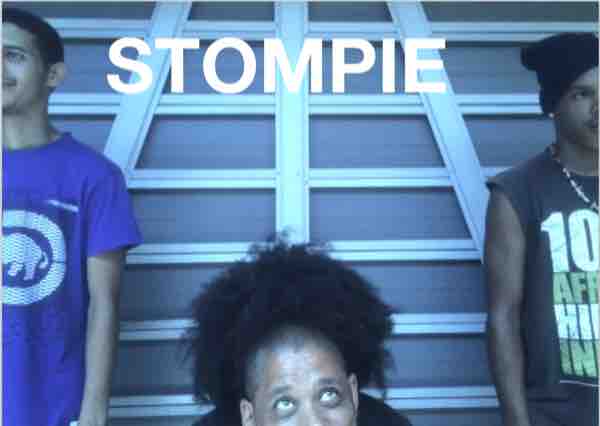 STOMPIE – work in progress on crafting stories from Cape Flats

STOMPIE is the result of three weeks of intensive collaboration between Emile Jansen (The Heal The Hood Project) and Kent Ekberg (Teater Reflex). They are two pedagogues with long-term experience from working in marginalised urban areas in their respective cities of Cape Town and Stockholm using dance/hip-hop/rap and popular community theatre, respectively. During these weeks they have worked with Leeroy Philips, Stefan Benting and Andre Bozack from the Mixed Mense Collective of dancers, artists and b-boys from Lavender Hill/Grassy Park. On 25 Feb it was showed as a work-in-progress on the “Garage Stage” in Grassy Park for kids and adults.

The focus has been on what it means to tell and craft stories from Cape Flats today and the collaboration also feeds into an initiative by Henrik Ernstson at the African Centre for Cities at UCT on Democratic Practices of Unequal Geographies that strives to create and extend the spaces and practices involved in thinking democracy and politics in Cape Town, South Africa & global South cities.

Humour; and Afrikaaps as language of subaltern experience

The play/performance is developed fully in Afrikaaps*, which is seen as a language with its own proper history and genealogy with sounds, rhythms, beats and tones beyond simply being an ‘accident’ or ‘dialect of’ Afrikaans**. This has been explored by Emile and others in the major stage production called Afrikaaps, that played at Artscape and turned into a documentary by Dylan Valley. In STOMPIE, Afrikaaps is mixed with English. But apart from dialogue, the actors use their skills as dance and music artists, to explore a story-line where characters are faced with an important choice that will influence growth, and individual and collective efforts.

The play engages realities of urban living with humour and seriousness. During this work-in-progress session it was clear how it engaged a wide audience from kids to adults that seldom get to see theatre/performances in their own language. This made possible the opening up of thoughts and wider conversations of what it means to grow up, become part and change Cape Town. Afterwards there was a discussion on how to take these practices, stories and lessons-learnt further. Next steps being discussed among the “STOMPIE Crew” is a ‘Garage Tour’ and a tour of High Schools in Grassy Park.

To me, the play explores how to break out of confines, and where agency to change the city might sit, and through what practices that could be done. Language becomes a tool for creating agency, for bringing forth and recognising everyday collective experiences as valid and important, and from where agency can be created. This lies clearly in the use of Afrikaaps, but also in how other registers or languages is being used as in dance, rap, dialogue and story-telling. I look forward in having conversations about this more with people who saw the play, and those who will hopefully see it as it evolves.

* I am adding this video, a link to the documentary film of the on Afrikaaps project:

** Afrikaans has in turn a quite unstable relation to Dutch.