Designer Martín Ávila reports on his project Tactical Symbiotics. It suggests designs and uses speculative philosophy to investigates human/non-human relations to explore alternative approaches to ecological complexity and ecological crises. He will visit his co-worker Henrik Ernstson on an upcoming trip to Cape Town in December. Move beyond the comfort zone: three speculative designs   During 2014 I have […]

Designer Martín Ávila reports on his project Tactical Symbiotics. It suggests designs and uses speculative philosophy to investigates human/non-human relations to explore alternative approaches to ecological complexity and ecological crises. He will visit his co-worker Henrik Ernstson on an upcoming trip to Cape Town in December. 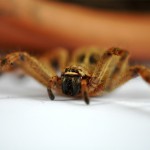 During 2014 I have worked in Argentina and developed three sub-projects called Doomestics, Dispersal Machines, and Spices/Species. These projects  are organized around questions such as: What if individual households would become parts of a decentred industry that capitalises on humans’ negative emotions to certain animals? What if agricultural machines would maintain the diversity of local ecosystems, helping birds and insects pollinate and fertilize, while producing food for humans? What if we could develop affection for insects and parasitoids that participate in the lifecycles of domestic plants? The projects are design-driven and uses speculative philosophy to make explicit alternative versions of the present or near future. By focusing on relations between humans and natural-artificial systems, the projects strives to de-centre anthropocentric viewpoints to become a platform from which to provoke a possibility to reimagine everyday life.

Doomestics work with the tension established by the ecological need (if we are to maintain biological diversity) to cohabit with beings that are perceived as dangerous, undesirable or disgusting. Among them, spiders, scorpions and bats, to name a few. The project stages a series of products that make these beings visible and integrate them in different ways to everyday urban life. Alternatively, projects conceive them as “products”, for example by creating the possibility to value them as “biological pest controls” or through their potential to become products and by-products of different industries (as in sanitation, food, or material development industries), while exposing our fear, our phobias and our tendency to reject them. 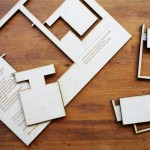 A kit to make a spider house 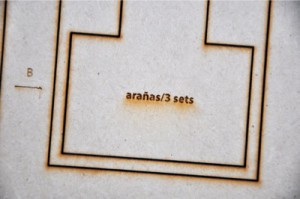 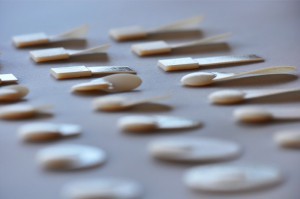 Dispersal Machines proposes interventions in agricultural systems that most humans have no direct relationship to. This include machines working in the countryside and semi-urban areas, affecting vast ecosystems but invisible to the urban dweller. The project will conceive machines that complement, supplement and/or maintain the activities of beings that participate in different natural processes such as the dispersion of seeds or pollen, or the secretion of nutrients to the soil.

Spices/Species addresses an intimate level of human relationship with nonhuman beings. This concerns plants eaten as food or used for medicinal purposes and the ecosystem functions they perform through forms of symbioses with, for example, insects and parasitoids.

The projects sketch and engage a diversity of responses that range from the intimate, to completely detached human-nonhuman relations. They still have in common that they affect the diversity of, and our relationship to, urban and agro-ecosystems. By confronting us with alternative realities—and alternative emotions, feelings and shivers—the project aims to open up new, and perhaps surprising ethical and moral dimensions to revalue and re-evaluate our present relations with non-humans. Although still early in the project, this may lead to “product-services systems“ based on the biological role of insects or arthropods in sanitation, or an affective ecology akin to those we have with domestic pets.

The three projects form the base for the wider project Tactical Symbiotics. This means to search for tactics that through cooperation and/or togetherness with non-humans reinforce the interdependence between cultural and biological variation and diversity. In my discussions with Henrik Ernstson, we try to use ‘tactical symbiotics’ to investigate and propose something beyond the now oft-repeated mainstream responses to our planetary ecological crisis, which often sort under terms like “ecosystem services” or “natural resources”. These responses seems to squarely originate from within an anthropocentric viewpoint and they put distance between the human and non-human, so as to calculate this relation as a grand total, often expressed in numbers. These responses to our grave ecological conditions could  be viewed as akin to what Michel Foucault referred to as a strategy, as part of a general and generalisable ‘answer’. In relation, we find inspiration in how Michel De Certeau spoke of tactics as practices that evade strategies of power. Or even how tactics can find autonomy through the terrain of power: “The space of a tactic is the space of the other” (de Certeau, 1984: 37). A tactic moves close to the other, and finds surprising responses or ‘answers’. 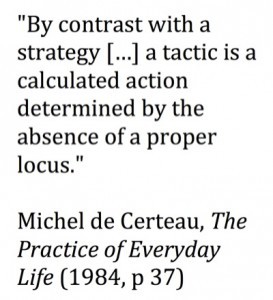 Tactical Symbiotics consequently takes complexity very seriously, but tries to approach it and get to know it through a different register than the accountable and strategic. The project uses design, biological/ecological science and speculative philosophy and it strives to move beyond contemporary ‘answers’ or ‘solutions’.

While being very practical in its execution and exploration, the project also searches for an ethical, political and perhaps more discomforting position from where to understand our contemporary situation and ecological crises.

Institutionally, and as part of the project’s own tactic, it travels from a design school in Sweden, to a biological science centre in Argentina, to an urban research institute in South Africa. Tactical Symbiotics explores complexity from a different origin to search a different response to our ecological crisis.

During the month of December, Dr. Martín Ávila will visit Cape Town to work together with Henrik Ernstson at the African Centre for Cities, University of Cape Town. His project contributes to the project Ways of Knowing Urban Ecologies. A longer trip is planned for late 2015 to develop the project further.

Tactical Symbiotics is part of Dr. Ávila’s postdoc research project as a three year grant by the Swedish Research Council. The project is a North-South interdisciplinary collaboration that relates Konstfack (the School of Arts, Crafts, and Design in Stockholm) with the Multidisciplinary Institute of Vegetal Biology of Córdoba, Argentina, and Henrik Ernstson’s project at the African Centre for Cities, University of Cape Town, South Africa. Read more at Martín Ávila’s webpage. 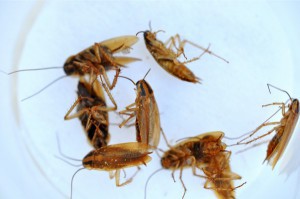 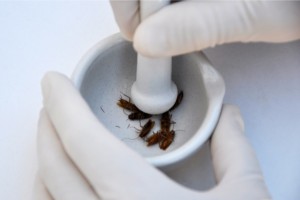 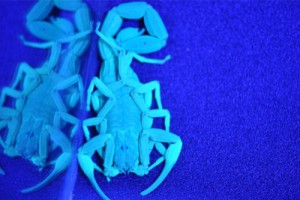