The Swedish Research Council decided on the 3rd of November 2015 to fund a multi-disciplinary team from Sweden, Uganda, South Africa, UK, and USA to develop crucial knowledge about urban infrastructure challenges in Africa and the developing world. The projected ended in December 2019 and this site brings an overview of key outputs and selected resources that the project has produced, including a co-produced policy report, a regional learning workshop, up to ten articles and chapters, and a monograph. The project worked closely with The Urban Action Lab at Makerere University.

Cities in Africa are growing at unprecedented rates, and face historically unique constraints including poverty, resource scarcity and colonial legacies. The project Urban Infrastructure Challenges of the South will work in two Ugandan cities and focus on waste and sanitation, two factors that significantly impact    the health of residents and impact other development indicators, including school attendance, economic   development, and gender equity. The World Bank estimates  that Uganda loses a net 177 MUSD every year due to poor sanitation, which contributes to 23,000 annual deaths, including many youth and women and around 3,000 cases of cholera (World Bank WSP 2012). Only 40% of household receive solid waste services in Kampala creating hazardous human environments and leakages to ecosystems (KCC 2008). This situation demands urgent, grounded and theoretically informed research.

Not uniform, but diversity of infrastructures 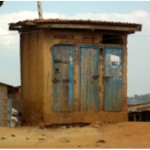 The way we think about cities is still very much shaped by European and North American experiences. African urbanisation is quite different and new policies and theories needs to be formed. Building on African urbanist literature, the project challenges the notion of the “infrastructure ideal”, the goal that service provision should be created through a uniform solution throughout the city. Instead, and by co-producing knowledge with slum dwellers and their organisations, the project focuses on understanding the existing range of options that poor urban dwellers have created and fought for to improve services. These experiences are crucial in thinking about the possibilities to transition towards universal services, but through a range of infrastructures, from networked to self-constructed.

The project works from the idea that there are lessons to be learnt from the street. However, the work is also based on historical archival research to understand colonial and racist legacies of infrastructure provision. It analyses the contemporary political, economic and regional situation. And it will provide unique city-wide maps for formal/informal service delivery systems. A key practical implication is therefore to provoke a shift from seeking large-scale, uniform solutions, towards theory, planning and policies of implementing an array of infrastructures. Through a regional workshop, discussions will be held on how findings can translate to other African and global South cities. The project combines a study of everyday practices and sociotechnical configurations. It seeks to develop a situated and political ecological framework that explains how infrastructure services are navigated, distributed and fought over, and how more just and sustainable cities can be achieved.

Go to this separate page to view all research outputs and project resources. 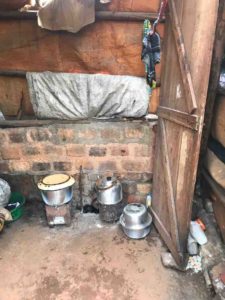 As part of broader efforts to develop regional learning across the continent, the Situated Urban Political Ecology Collective and the Urban Action Lab at Makerere University hosted a workshop on urban infrastructures in Africa from November 12-15, 2018. The workshop was an integral part of their two projects, HICCUP and TLR.

The workshop on “Heterogeneous Infrastructures in African Cities” was motivated by scholarly interest in everyday infrastructural practices and politics as well as concerns about the economic, environmental, social and political viability of universal, uniform infrastructure networks. In theory and practice, this is resulting in challenges to existing urban theorization, political agendas and infrastructure provision.

It was a great meeting gathering the wider SituatedUPE-community to provide ample space for discussion about Southern Urbanism with a special focus on practices and technologies of infrastructure service delivery beyond “the modernist ideal.” This included discussion about its politics and uneven power relations but also possibilities for forging new modalities and economies of urbanism in there here and now.

We had 26 participants of which 9 were from Southern African countries and universities at different stages of their careers. The conference provided an important space for PhD students and younger scholars from Southern Africa to present their work, with constructive feedback from well-recognised scholars from the wider field of urban infrastructure studies and political ecology, including Sylvia Jaglin, Rosalind Fredericks, Jochen Monstadt, Michelle Koy and Erik Swyngedouw, amongst others. 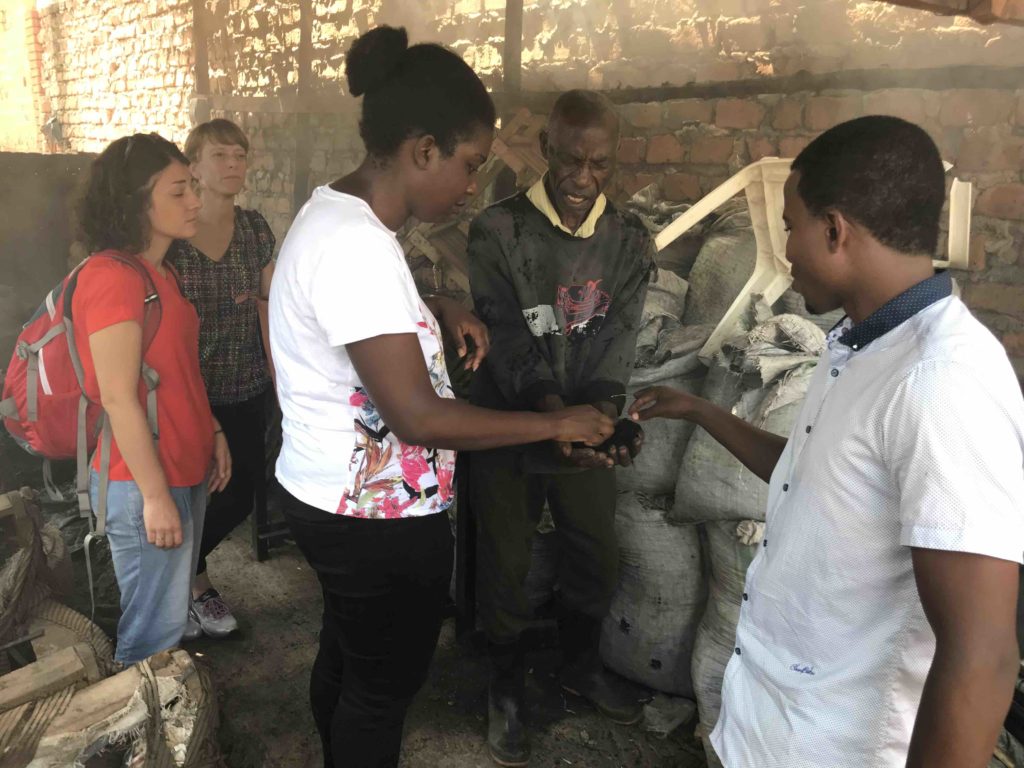 The report was co-produced by our HICCUP research team and representatives from ACTogether of the Slum-Dwellers International and based on surveying and interviewing poor households in the Kampala settlement of Bwaise. 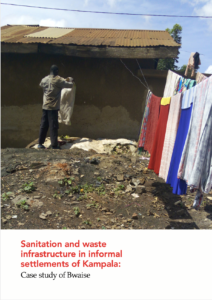 Full reference: Kasaija, Peter, and Jonathan D Silver. 2019. “Sanitation and Waste Infrastructure in Informal Settlements of Kampala: Case Study of Bwaise.” Kampala. Co-produced by The Urban Action Lab at Makerere University, and ActTogether of the Slum-Dwellers International, with support from the Swedish Research Council through the HICCUP project (2015-03543) at KTH Royal Institute of Technology. 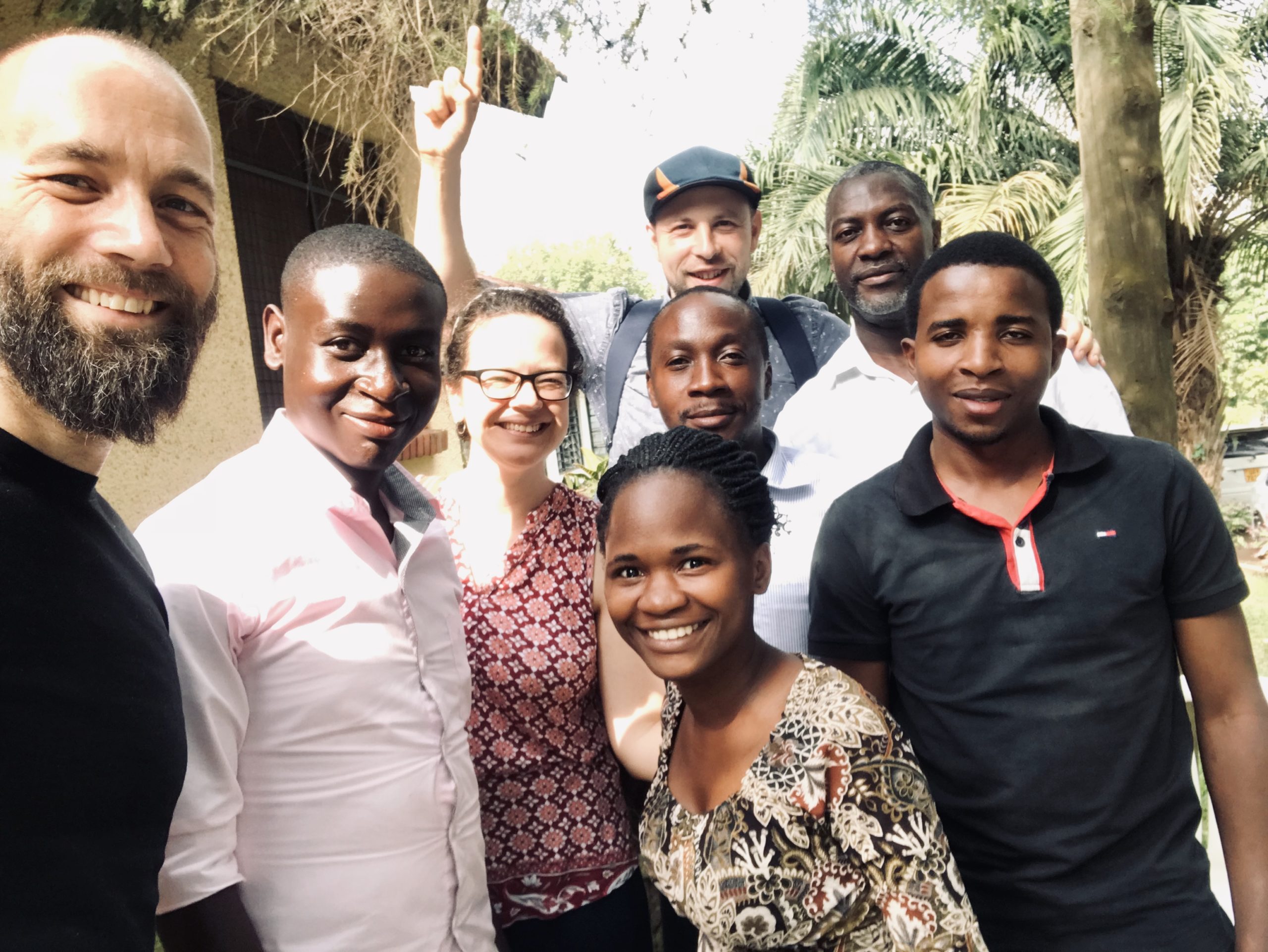