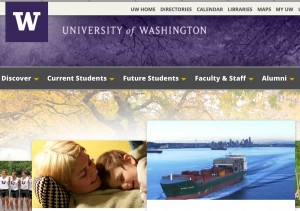 Henrik Ernstson gave a key note at University of Washington on urban ecology and ‘world of cities’. A contrasting key note on a ‘science of cities’ was held by Professor Geoffrey West from the Santa Fe Institute.

The seminar was organised by Professor Marina Alberti at the University of Washington to give input to the reorganisation of their PhD programme on Urban Design and Planning. This is their Annual PhD Symposium with previous speakers such as Charles “Chuck” Redman on Urban Resilience (2013) and John Friedman (2012) on “Reflections on a Life in Planning”.

Below you will find the schedule for the seminar, and after that follows the opening section of Henrik Ernstson’s talk on “Re-thinking urban theory and ecological studies from a ‘world of cities'”. The talk tries out some newly developed ideas around situated urban ecological studies and was aimed to provide a different epistemological starting point — even a counter-point — to that which seems to be implied in a ‘science of cities’. There was a really good discussion afterwards with PhD students, faculty and invited others. Many thanks to Marina Alberti, Robert Mugerauer, Geoffrey West and Jean Rogers in making this great seminar possible.

Overview of the seminar

1. Introduction: from The Anthropocene to a ‘world of cities’

What urges us to meet here today seems to be the intersection between increasing and rapid urbanization, and this under an environmental condition that has been called The Anthropocene, the time in which humanity, as a collective and homogenized ‘force’, acts on the time and spatial scales in what was earlier in the sole dominion of Nature. In the cultural imaginary of the Anthropocene (Paul Crutzen), the human race is placed alongside geological forces, ocean currents and evolutionary processes of species selection in shaping or co-producing the material world.

However, rather than using the Anthropocene as a background to my talk, I would like to challenge or intersect the construct of the Anthropocene with the equally important construct of ‘world of cities” coined by South African and UK urban theorist Jennifer Robinson (2005). The productive inclination that lies in the word combination ‘world of cities’ “offers the potential for a more cosmopolitan form of urban studies”, one that recognizes Accra in Ghana as equally important to study in its own terms, as say Seattle, London or Tokyo. Indeed, urban studies have for long been plagued by a bias to favour urban theory based in and developed for European and American cities. With my background in studying urban ecologies, the ‘world of cities’ does the work to call in the extreme cultural and environmental diversity through which urbanization unfolds as a sociomaterial or socioecological phenomenon.

These processes at a finer-grained scale could be missed, or worse still, be silenced under a research ambition framed by the Anthropocene. Furthermore, the scale of the Anthropocene is not very useful in teasing out how urban ecologies are entangled in all sorts of social and cultural processes, which is the core aim I am trying to address here. It is only, as I will argue, by carefully attending to differences, that we can re-work and re-align urban studies in a ‘world of cities’ and find practices within research, design, planning and activism to intervene or be part of, the becoming of more just and sustainable cities.

Indeed, I have been asked by Marina (i) to “complement Geoffrey’s perspective on a ‘science of cities’ and prepare the discussion for this afternoon. This discussion will center on the implications for re-envisioning graduate education and research” here at UW. Indeed, not all of us can or would like to be enrolled into a “predictive science of cities”, so it seems I have been placed here to act as a counter voice to such ambitions. In her email Marina also emphasized that the seminar will (ii) “start to articulate a new definition of “the urban”’ and what implications for scholarship and graduate education this could have. This leads to questions if educational settings needs to be reconfigured and what research agendas are at all valid in a world of cities.

A core question for us seems to be then: Through which epistemological and indeed ontological foundations can an Urban Cluster of PhD Programs at UW be articulated? That is to say, what ways of knowing, and what practices of world-making should such a program hold dear to its heart? How could it facilitate a balance between predictive and interpretative modes of inquiry; Or perhaps more fruitfully and truthfully posed, how can disagreements between prediction and interpretation be staged and constructively clash against each other in such a program?

Further information about the seminar

The study of cities is gaining a new centrality. Planetary-scale changes pose inevitably new challenges to understand complex interactions among ecological, socio-economic, and political processes that govern urban development. A very diverse and complex landscape of disciplinary studies ranging from ecology to public health, sociology and political science is shifting the focus of a significant component of their inquiry towards the “urban”. The emerging urban centrality gives “urban studies” a new responsibility and offers our field a unique opportunity for leading a long term interdisciplinary research agenda, transforming modes of inquiry, and reconfiguring educational settings.

Geoffrey West is Distinguished Professor and former President of the Santa Fe Institute. He has a BA from Cambridge and PhD in physics from Stanford, where he was on the faculty. West’s interests are in fundamental questions ranging from elementary particles and universal scaling laws in biology to developing a science of cities, companies and global sustainability. His research includes metabolism, growth, aging & death, cancer, ecosystems, innovation, and the accelerating pace of life. He has received many awards and been featured across the media. His work was selected as a breakthrough idea by Harvard Business Review in 2007 and for Time’s 2006 list of “100 Most Influential People in the World.”

Henrik Ernstson‘s background lies in system ecology (PhD) and applied physics (MA), but he has developed a core interest in urban political ecology and social movement studies. He is currently Stig Hagstrom scholar at Department of History, Stanford University and was previously at the Stockholm Resilience Center. He is PI of two research projects that combines ethnographic, critical and social network studies around ways of knowing urban ecologies and socioecological movements in Cape Town, New Orleans and Stockholm. Recently he published on urban ecology and African/postcolonial urbanism in Antipode and Regional Studies and leads an book project with studies from Lagos, Rio, Delhi, Yixing (China), San Francisco and Berlin.