German Quimbayo Ruiz reports on efforts to develop a Situated UPE approach in Latin America. His co-authored research article in the journal Ecología Política is in Spanish, so  spread the message among our Spanish-speaking scholars and activists. (For a PDF copy, contact the authors. For more SUPE posts on Latin America, see here.) Recently I published a paper […] 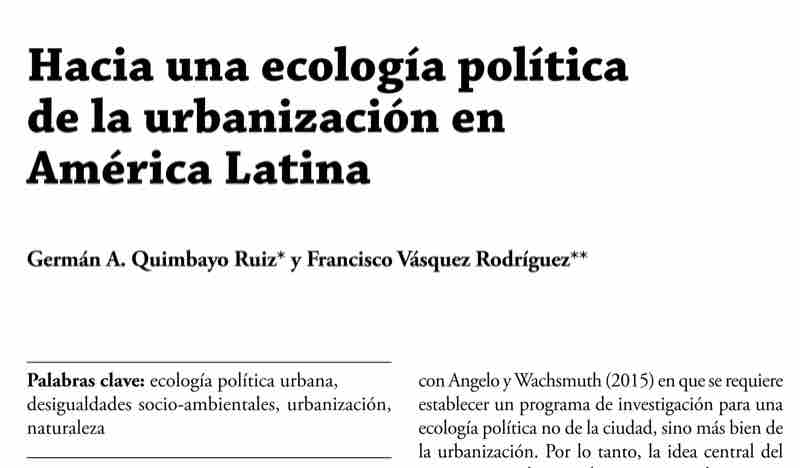 Photo of Southern parts of Bogotá.