Ahead of an exhibition celebrating the Kampala neighbourhood, Namuwongo, Joel Ongwec showcases the contribution this informal settlement and its inhabitants to Uganda’s capital city. Kampala is the largest city of Uganda with over 1.5 million residents. Its rapid population growth has put pressure on the municipality to deliver basic services as up to 60 per […]

Ahead of an exhibition celebrating the Kampala neighbourhood, Namuwongo, Joel Ongwec showcases the contribution this informal settlement and its inhabitants to Uganda’s capital city. 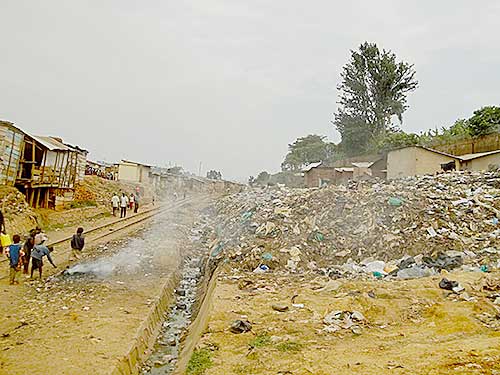 Kampala is the largest city of Uganda with over 1.5 million residents. Its rapid population growth has put pressure on the municipality to deliver basic services as up to 60 per cent of the population are living in informal settlements (Mukwaya et al. 2010). Informal areas such as the centrally located Namuwongo have experienced protests over evictions and lack of urban services, including administrative problems that link into wider resource conflicts across the city (Kareem and Lwasa 2011). The need to undertake research to better understand these areas is pressing and a group of researchers including myself have spent time in Namuwongo to consider the issues of urban spaces like this and others across the capital. We sought to address this with research that concludes with an exhibition at the Uganda National Museum.

Namuwongo is an informal settlement which separates two wealthier neighbourhoods of Bugolobi and Muyenga just outside the city centre. It spreads out along the main drainage channel (Nakivubo) that pours its water into Lake Victoria. The settlement has spilled over the railroad tracks as a result of people moving to the capital and currently has an estimated 15,000 inhabitants, several businesses, churches, and even large logistics warehouses. It is however a poorly understood neighborhood, but a vital one to the present and future of Kampala.

In the last few decades, the people living in Namuwongo have experienced significant threats from different stakeholders and policy makers in the city. In the late 1990’s they experienced threats from people who claimed to be the land owners of the area, threats that kept the people in fear of developing their community, after all, why develop when you might find your house demolished at any moment?

In the same period there were rumours spreading that National Environmental Management Authority (NEMA) was seeking to control the adjacent wetland, leading to increased fears of demolition in Namuwongo. While the people of Namuwongo are resourceful and skilled, no-one wanted to risk improving any single thing in both the housing and the environment.

Namuwongo therefore became a temporary base for everyone who lived there: people not sure if they would be able to spend the next night in Namuwongo, even though most of the people work in the city including for the municipality, or on construction sites, road sweeping, restaurants, hotels, security, and so on. These positions might sound low or irrelevant but they are vital to the functioning of the city and without them there would be no urban development.

In research carried in Namuwongo including myself and researchers from the UK, we worked with six different people and followed them to find out how they navigate the city and what they do, how they cope with challenges and identify opportunities, and how they perceive Namuwongo and Kampala more generally. We quickly saw that these people are a vital presence in the city and its future.

We found that these people are responsible for the food distribution in the city, for example. We worked with one market vendor who has a vegetable store in Namuwongo market. He wakes up at 4am and hits the road to the main Nakasero market to buy vegetables and bring them to the Namuwongo market which serves a variety of people and restaurants in Namuwongo, Muyenga, Bukasa and Kibuli. Related to this we also worked with a lady who sell fruits in the city – she buys her fruits from the Clock-tower market and sells in the city centre. 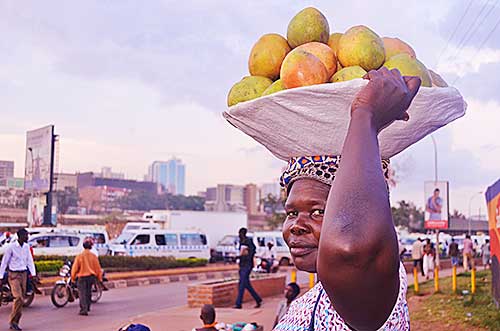 There was one youth who works with his uncle in a small woodshop in Namuwongo after spending much of his youth collecting and recycling rubbish. To our surprise he was fitting boards in the five star Hilton hotel in the city. In these and in so many other ways, the people in Namuwongo are crucial to the life of the city. 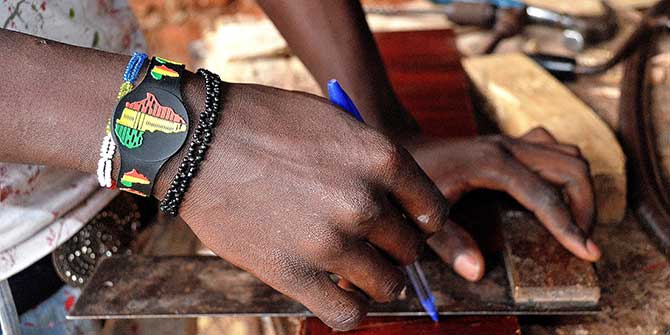 However the neighbouring communities like Muyenga and Bugolobi often do not appreciate the fact that these people are important in the day-to-day operations of city life. They sometimes claim that the people are lazy, thieves, and possess just about any negative attitude you can imagine.

We also realised that the people in Namuwongo are dependent on NGOs because they have no service from the KCCA or the Government: no public toilets, playground for children and no proper drainage channels. The children have the chance to play in schools but they will never have any exposure to sports and games in their community. In return for their investment in Kampala and its future, then, the residents of Namuwongo receive little more than negative perceptions, demolition, and severely limited services. In time, with hope, attitudes towards this vibrant neighborhood will change for the better.

The exhibition has brought together the wider research project involving a number of partners from Namuwongo and further afield. Photographer, Josephine Namukisa spent time with each resident collaborator to document their everyday activities, to show how they create various networks and infrastructures to navigate the city and to not only get by but get on in the capital city. We wanted to celebrate the lives of people who are part of this great and important neighbourhood. We hope that this exhibition captures some of the beauty and life of Namuwongo but we also encourage you to take a visit down to the area. We’re sure you’ll receive a great welcome.

This exhibition has been put together by myself, Josephine Namukisa, Helen Fairs, Colin McFarlane and Jonathan Silver with support from Shuiab Lwasa, David Mann and, of course, the staff at the National Museum.

References
Kareem, B., & Lwasa, S. (2011). From dependency to Interdependencies: The emergence of a socially rooted but commercial waste sector in Kampala City, Uganda. African Journal of Environmental Science and Technology, 5(2), 136-142.