We have had thousands of views on our SUPE ‘Commentaries’ webspace during 2014. The contributions have been lively, gratifying to edit and read for the main editors Henrik Ernstson and Jonathan Silver. Contributions have come from various locations and people. Below we feature a selection of contributions.   Importantly, the SUPE Commentaries has had contributions from several […]

We have had thousands of views on our SUPE ‘Commentaries’ webspace during 2014. The contributions have been lively, gratifying to edit and read for the main editors Henrik Ernstson and Jonathan Silver. Contributions have come from various locations and people. Below we feature a selection of contributions.

Importantly, the SUPE Commentaries has h

ad contributions from several outside those that initiated the collective. A quick overview of SUPE Commentaries shows that the SUPE activities—workshops and special sessions—have triggered more scholars to contribute to grow our SUPE Collective. In particular younger and early career scholars have used this space to test ideas, report on their projects and share reflections. For the SUPE Collective this is a good breathing space to share. Please contribute!

After the SUPE Pretoria workshop, one participant, Wangui Kimari used her research experience to reflect on police raids in urban areas in Kenya and Brazil—and the possibility of connecting favela resistance(s). She writes “it is important to recognise that the raids in these two cities are not exceptions and are rather entrenched in the more negative structural conditions that connect both Kenya and Brazil. These oppressions are anchored in the mutually shared politico-economic scaffoldings and unequal socio-natures that establish extreme income disparity, poverty, disease and exclusion, particularly for young people who constitute a significant percentage of the population of both countries. For both groups of youth, in stark contrast to the betterment that they are consistently promised in these periods of democracy and neoliberal fervour, what they face instead, before and after the raids, is huge unemployment, rising costs of living, environmental injustice and “caterpillars cutting down the pillars of houses.””

Erin Goodling, after the Radical Incrementalism workshop in Cape Town took us to Portland to think through how a situated urban political ecology perspective can reshape how we can think about mobilisation in Portland, a Northern “poster child” for the “sustainable city”. She sees that ”several threads that SUPE organizers are thinking through are useful in theorizing how transformative change might happen in Northern cities of relative affluence – with serious racialized and spatialized disparities – such as Portland.” 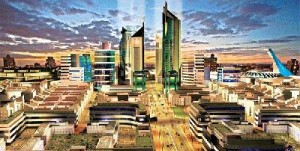 Anna Zimmer used the SUPE Commentaries after the DOPE special session section to present her ongoing research project with Natasha Cornea and René Véron. They work through the lens of urban political ecology to “question the patterns of environmental governance that develop in small cities [of India where most people live], and the politics surrounding these.” They adopt “a comparative case-study approach to examine four small cities in Gujarat and West Bengal.” Anna Zimmer also gave a reflection on a recent workshop on Indian Ecological Urbanisms organised in Hong Kong by Anne Rademacher & K. Sivaramakrishnan.

Sophie Schramm did like Anna Zimmer and described coordinates for her new research project with Jochen Monstadt on African infrastructure ideals. Their focus lies on “the translation and creative adaptation of circulating urban and infrastructure ideals and models in the African cities Dar es Salaam (Tanzania), Accra (Ghana) and Nairobi (Kenya) and the way they shape the respective water and sanitation infrastructure regimes”. 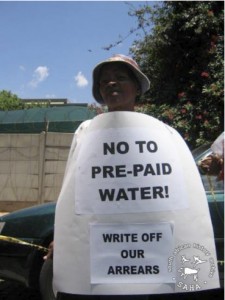 Jonathan Silver reflected on water shut offs in Detroit and compared resistance strategies with those from African cities. In another piece he pondered the meaning of Smart cities across urban Africa, which included the fear of the use of “riot drones” developed in South Africa after Marikana to quell urban mobilisations. Earlier he had argued in another piece that carbon financing for African cities is flawed and often fails to support sustainable and just development. Earlier, James Evans had focused on boda-boda motorcycle taxis in Uganda to ask how current thinking in mobility studies often fails to acknowledge effective modes of transportation, which nonetheless needs to be critically assessed. Marnie Graham reflected with her supervisors on doing PhD studies at Stockholm and Macquarie Universities in Sweden and Australia, with critical human geography field work on urban nature conservation in Cape Town. Mary Lawhon used her teaching to reflect on how differently different students in her classroom in Pretoria think about ‘the city’, depending on what social class or part of the urban area they are from. She surfaces the many problems that arise when we work as educators across different experiences of ‘the urban’.

Anthony Levenda, after the SUPE special session at DOPE, contributed to the SUPE Commentaries with a sensitive reflection on how Science and Technology Studies (STS) and Urban Political Ecology could be set in effective communication to ‘emplace urbanism’ in both North America and developing countries. He draws on Thomas Gieryn’s 2006 paper on ‘city as truth spots’ where Gieryn instead points to the “the LA School of critical postmodern urban research that claims no objectivity, and rather, has explicit action-oriented, advocatory, and normative research orientations that view the city as neither a lab nor field, but rather a “battleground” where claims, ideas, and meanings are always political and contested.” He cites Haraway that “our inquiries should embrace “politics and epistemologies of location, positioning, and situating, where partiality and not universality is the condition of being heard to make rational knowledge claims.“”

Henrik Ernstson reflected on the difference between “pluralizing” and “provincializing” urban political ecology, arguing that the dividing line goes between the level of postcolonial critique applied. He also reported from a wetland in Cape Town on how colonial and apartheid memories can destabilise established expertise in nature conservation and natural resource management, and in another piece developed some coordinates for the use of film in Situated UPE work.

Please follow their lead and send in your own reflections by contacting Henrik, Mary or Jon and help to grow our SUPE Collective. 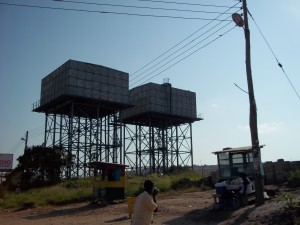