The Urban Action Lab (UAL) at Makerere University in Kampala, Uganda has launched their website. The UAL is run by Professor Shuaib Lwasa and his team of urban researchers and students and the Lab will make a crucial contribution from East Africa to pan-African attempts in facing urban challenges of the 21st century. By Henrik […] 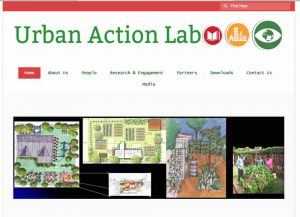 The Urban Action Lab (UAL) at Makerere University in Kampala, Uganda has launched their website. The UAL is run by Professor Shuaib Lwasa and his team of urban researchers and students and the Lab will make a crucial contribution from East Africa to pan-African attempts in facing urban challenges of the 21st century.

Shuaib just sent out an email to a row of urban scholars that are all serious about contributing to urban sustainable and just cities through the particular experiences and challenges of Africa and the South. He writes:

[A]fter several years of engaging in urban research, conceptual rethinking as well as solutions-oriented co-generation of knowledge with all of you at various points, we now have an online platform for sharing the knowledge while we continue to galvanise the understanding of urbanisation in sub-Saharan Africa. With Uganda and East Africa as the launch pad, the UAL is envisaged to grow into a regional knowledge hub and Centre focused on the various issues in regard to African Urbanism and sustainable urban development.

For those going to the Habitat III conference in Quito, Ecuador 17-20 October 2016, the Urban Action Lab will exhibit in the Exhibition Hall. Shuaib Lwasa and PhD student Peter Kasaija, will also be running the networking event on “Emerging innovative solutions to leapfrog towards urban sustainability in Africa”. The event is scheduled to take place on 20 October, from 2:00 p.m. – 4:00 p.m. in room MR13 at the venue of the Habitat III Conference, Casa de la Cultura Ecuatoriana “Benjamin Carrion”.

The UAL follows a broader trend to re-think urban knowledge, policy and action based on experiences from African cities. Since 2011 the African Urban Research Initiative, or AURI, has been an effort to link urban research labs and institutes in order to form a pan-African response to the particular urban challenges that the continent is facing, an effort “to scale-up applied urban research and practice on the African continent” as stated at the African Centre for Cities webpage, one of the initiators*. AURI brings together no less than 14 research institutes across the major regions and language groups of Africa, including urban research and practitioner institutes that have been around for decades, to more recently formed labs, including institutes from Ghana, Kenya, Mozambique, Togo, Senegal, Ethiopia, South Africa, Burkina Faso, Niger, and now hopefully also Uganda.

The HICCUP project – supporting the UAL

We are a bunch of urban scholars who are very excited for the UAL and its future. The Situated UPE collective — and my home institutions of KTH Environmental Humanities Lab and UCT’s African Centre for Cities — are supporting the Lab directly through the research project HICCUP. This is a Swedish Research Council (VR)-supported project that runs from 2016 to 2019. It focuses on urban infrastructure challenges in the areas of waste and sanitation in Ugandan cities and with a broader regional learning component. Shuaib Lwasa plays a leading role in this project and we have in collaboration integrated the training of one PhD student and three Master students at Makerere University as part the project. AURI and research collaborations like HICCUP seems crucial in building research capacity and transformative capacity in African cities. To learn more about the UAL, please visit their website.

* AURI originates from a grant that the African Centre for Cities at the University of Cape Town received in 2011.